A quick peek at: The Holy Trinity

As some of you may well have gathered (especially from my Terranigma love-in), I am a bit of fan of the so called Quintet Trilogy on the Super Nintendo and Super Famicom.

Though none of these games are directly related, there are a number of common themes and characters that connect them, and because of this they have come to be known as a trilogy. Sadly, as is often the case now with slightly obscure RPGs, they are classed as "rare" and so can command a hefty price.

I digress though, the point of this piece is not to bang on about how amazing these three are or how large a bank balance you need to buy them. This is about celebrating what Quintet gave the world through the wonderful box art. So, I'll shut up now and present to you The Quintet Trilogy, in full CIB and original Super Famicom guise... 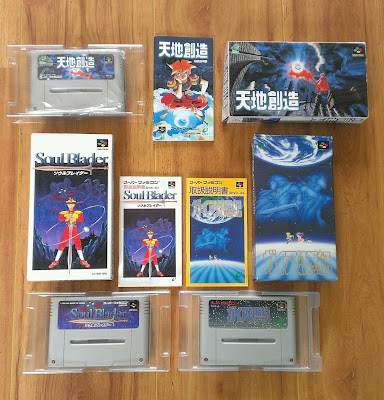 First released in 1992 and given the name of Soul Blazer in North America and the PAL territories. 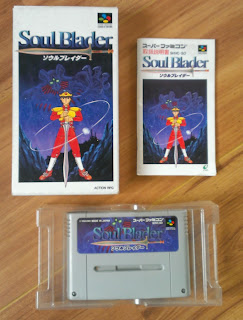 First released in 1993 and given the name of Illusion of Gaia in North America and Illusion of Time in the PAL territories. 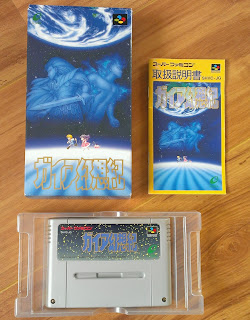 First released in 1995 and given the name of Terranigma in the PAL territories. This game was never released officially in North America. 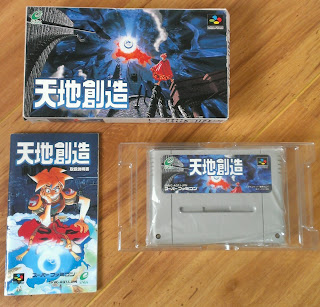 I don't often see these three together, so I thought it was about time that was changed. And I hope you enjoyed a glimpse at what I consider to be the greatest RPG trilogy there has ever been.
Posted by Paul Darbyshire at 14:13