A curious and totally enchanting video game, which centres around a young robot boy (or Gijin, as they're known) and his exploits in learning to be more human. Inspired heavily by the story of Pinocchio, and with an added layer of Steampunk goodness; Wonder Project J represents heartfelt gaming at its best. 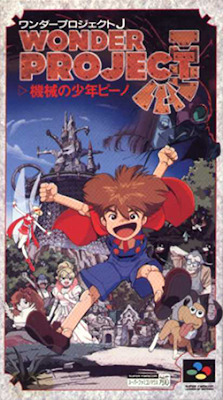 At first glance, you could be forgiven for thinking that this title actually pre-dates Magic Pengel as Studio Ghibli's first foray into the world of video games, and it's not difficult to see why. Pino (the main character) looks like he'd fit right in to the machine heavy world of Laputa or the vibrant cities of Howls' Moving Castle. And whilst there was no direct involvement from Miyazaki and co, the influence the company's works have on this game is there for all to see.


Being a bit of a Ghibli nut and a fairly big fan of anime style art in general, this charming design leapt out at me immediately. From the striking design of the characters (check out Pino's joints!) to the stunning location in the background, Wonder Project J was always a shoe-in to make my top 10 list. 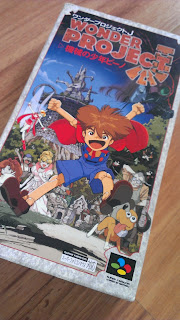 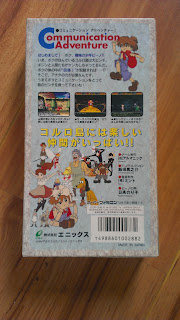 This game could have sold on its box art alone, but when you add in the fact that it is genuinely brilliant too...well, the package is complete.
Posted by Paul Darbyshire at 20:55